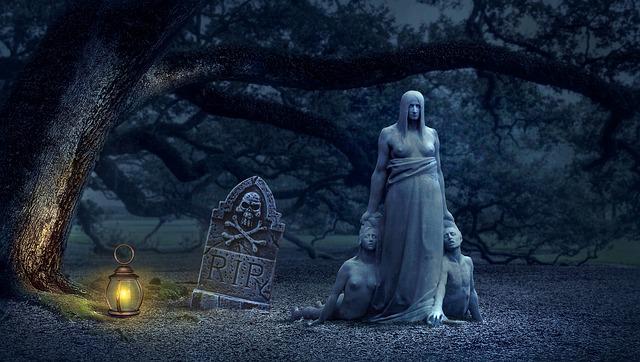 In the horror movie genre, remakes are always a touchy subject. Some people feel they can never recapture the original’s magic, while others enjoy seeing different takes on well-known stories. Whether for or against them, horror movie remakes are inevitable and here to stay. So with that in mind, we’ve put together a list of the ten best horror movie remakes. Read on 11 Best Horror Movie Remakes Enjoy!

If you’re a fan of horror movies, then you’re probably familiar with Dawn of the Dead. It is the first film on our list. The original, released in 1978, is a classic and is considered one of the best zombie movies ever made. So when it was announced that a remake was in the works, there was a lot of anticipation.

And thankfully, the remake did not disappoint. It kept all the elements that made the original great while adding its spin on things, resulting in a film that is just as good, if not better, than the original.

The movie story is about when the zombie apocalypse hits and a group of survivors take refuge in a shopping mall. They soon realize they’re not safe there and must find a way to escape. As the zombies close in on them, they must fight for their survival.

The Thing is another classic horror movie that was remade in 2011. The original film, released in 1982, is a cult classic and considered one of the best horror movies. So when it was announced that a remake was in the works, there was a lot of excitement and skepticism. But thankfully, the remake ended up being a great film in its own right. It managed to capture the original feeling while still putting its spin on things, resulting in a movie that is just as good as the original.

The movie’s story is about a group of scientists stationed at an arctic research station. They are investigating a strange creature that has been discovered buried in the ice. As they begin to study the beast, they realize that it is not what it seems and poses a severe threat to their safety. The scientists must find a way to stop the creature before it destroys them.

Evil Dead is a remake of the 1981 cult classic of the same name, which does not disappoint. The 2013 version is just as gory and gruesome as the original, with plenty of jumps scares to keep you -on your toes. This is a must-watch if you’re a fan of the original or just a fan of body horror movies.

When Mia, her brother, and their friends go to a cabin in the woods for a weekend getaway, they have no idea what is in store for them. Soon after they arrive, they discover a book of dark magic and begin to perform the rites. Unknown to them, this mistake will come back to haunt them. Evil spirits are summoned and soon possess Mia and her friends. The only way to eliminate the nerves is to dismember their bodies entirely. As the blood starts to flow, the cabin becomes a house of horrors.

Resident Evil is a remake of the 1996 Japanese horror film of the same name, and it is a fantastic example of how to do a horror movie remake right.

This movie starts when a team of Umbrella Corporation scientists is sent to investigate a mysterious leak at a remote research facility, they quickly realize that they are in over their heads. Zombies and other deadly creatures have taken over the facility, and the scientists must find a way to escape before they are all killed. As they fight for their lives, they begin to unravel the Umbrella Corporation’s secrets and the horrors it has been involved in.

The film stays true to the source material while adding its unique spin, resulting in a truly terrifying and adrenaline-pumping ride.

The Hills Have Eyes is a remake of the 1977 horror film of the same name, and it is one of the most brutal and gory horror movies you will ever see. It tells the story of a family on a road trip while stranded in the middle of nowhere. They soon discover that they are not alone and are being hunted by a group of mutants. The family must use their ingenuity and strength to survive the night.

This film is not for the faint of heart, but if you can handle the gore, you’re in for a real treat.

Last House On The Left is a remake of the 1972 cult classic of the same name, and it is just as brutal and shocking as the original. The story follows two teenage girls abducted by a group of criminals. They are taken to a remote location where they are subjected to a night of torture and violence. The girls must use their strength and courage to escape their captors and make it back home alive.

This movie is a treat to watch for horror fans, as it is filled with suspense, terror, and gore.

Child’s Play is a remake of the 1988 horror classic of the same name, and it is a must-watch for fans of the original. The movie tells the story of a mother who gives her son a doll for his birthday, not knowing that the soul of a serial killer possesses the doll. The beauty comes to life and starts to kill people, and the mother must find a way to stop it before it’s too late.

The 2019 version of Child’s Play is just as creepy and suspenseful as the original, and it will have you on the edge of your seat from beginning to end.

Friday the 13th is a remake of the 1980 horror classic of the same name, one of the best horror remakes you will ever see. The story follows a group of teenagers spending their summer at Camp Crystal Lake. Little do they know that they are being stalked by a masked killer out for revenge.

The movie is packed with suspense, scares, and gore, and it is a must-watch for fans of the Friday the 13th franchise.

Halloween is a remake of the 1978 horror classic of the same name, and it is one of the best horror movies you will ever see. It broke the horror cinema immediately after its realization. The movie tells the story of Michael Myers, a killer who returns to his hometown on Halloween night to terrorize the residents.

The movie is filled with suspense, the horror genre, and gore, and it is a must-watch for fans of the Halloween franchise. They are known for good horror movie remakes.

The Fly is one of the best horror films. It is a remake of the 1958 horror classic of the same name and one of the best horror movies you will ever see. The story follows a scientist who is working on a teleportation device. But when he tests it out on himself, he doesn’t know that a fly has gotten into the machine with him. The Fly’s DNA starts to merge with his own, and he slowly turns into a monstrous creature.

This horror remake is must watch for fans of the original, as it is a suspenseful and scary ride from beginning to end.

A Nightmare on Elm Street is a remake of the 1984 horror classic of the same name. And it is one of the best horror remakes you will ever see. The story follows a group of teenagers being terrorized by a killer in their dreams. They soon realize that if they die in their dreams, they die in real life.

The movie is packed with suspense, scares, and gore, and it is a must-watch for fans of the Nightmare on Elm Street franchise.

These are the ten best horror movie remakes that you will ever see. So if you’re a fan of the genre, check them out. You won’t be disappointed.

What is a Horror Movie Remake?

A horror movie remake is a new version of an existing horror movie. The latest version may be based on the original story or a completely new take on the material.

Why Do We Love Horror Movie Remakes?

Horror movie remakes are a great way to experience familiar stories in new ways. They can also be fun to watch, as they often feature new twists and turns that keep us on the edge of our seats.

How Does the Original Film Influence the Remake?

The original film often serves as a source of inspiration for the remake. However, the new version may be completely different from the original in terms of story, characters, and setting.

What are Some of the Best Horror Movie Remakes?

Some of the best horror movie remakes include The Fly, Friday the 13th. The Texas chainsaw massacre, Fright Night, Halloween, and A Nightmare on Elm Street.

What is The future of horror remakes?

The future of horror movie remakes will likely continue for many years. Hollywood has a long history of remaking successful films, and horror movies are no exception. So if you’re a fan of the genre, keep an eye out for new and exciting remakes.