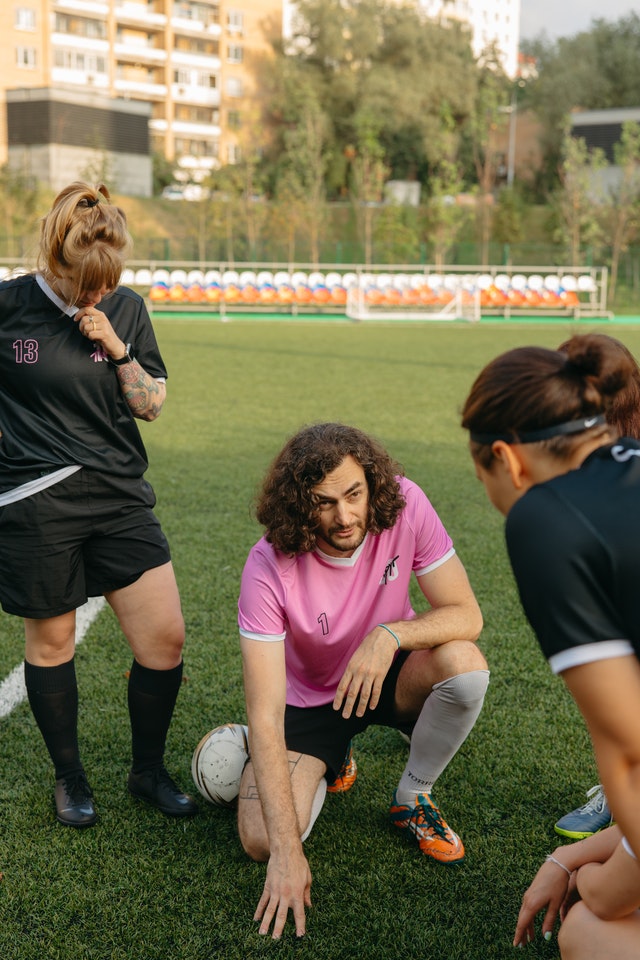 Most people watching a football game can usually tell when a team is playing well or not. But how many people know what goes into making a good game plan and why some coaches seem to make better decisions than others? In this blog post, we’ll take a look at the process of making a game plan and discuss some factors that go into it. We’ll also explore how different coaching styles can impact the outcome of a game. So if you’re interested in learning more about football strategy, keep reading to understand how football managers make game plans?

What is game management?

In football, game management is the process of making decisions on and off the field that impact the result of the match. This includes everything from choosing which players to put in the starting lineup to making substitutions during the game. It also involves tactics like when to call a timeout or go for it on fourth down.

There are many factors that go into game management. Some of these are tactical, like knowing when to make a substitution. Others are more strategic, like having a plan for how to use your timeouts. And still others are psychological, like knowing how to motivate your team.

The best coaches are able to manage all of these factors and make decisions that give their team the best chance to win.

The history of the game is littered with tales of great teams losing important matches from winning situations with very little time remaining on the clock.

This has led some to believe that the game is ultimately decided by who makes the best decisions during crunch time. However, while making good decisions in the heat of the moment is certainly important, it’s also vitally important for managers to make good decisions before the match even starts.

A manager’s job is to put his team in the best position to win, and that starts with the game plan. The game plan is a manager’s blueprint for how he wants his team to approach the match. It includes things like which formations to use, who should take set pieces, and what style of play the team should adopt.

Of course, no plan ever goes off without a hitch, and a good manager needs to be able to adapt on the fly. But having a solid game plan is essential if a team wants to be successful.

So how do managers go about making a game plan?

There are a few factors that they need to take into account.

The first is the opponent. A manager needs to study the other team and figure out their strengths and weaknesses. He then needs to devise a plan that will exploit those weaknesses and neutralize those strengths.

The second factor is the manager’s own team. He needs to know his players and what they’re capable of. Based on that knowledge, he can decide which formation and style of play will suit them best.

And finally, the manager has to consider the psychological state of his team. He needs to make sure that they’re mentally prepared for the match and that they believe in his game plan.

All of these factors come into play when a manager is making a game plan. And while there’s no guarantee that the plan will work perfectly, it’s still the best way to give his team a fighting chance.

So next time you’re watching a match, take a look at the manager and see if you can figure out what his game plan is. You might be surprised at how much goes into it!

trying to catch up to the opposition, can be a daunting task for any football team. But what if you could have a plan that would help you not only win the game, but also keep the other team from scoring?

That’s where the game plan comes in.

A game plan is a strategy devised by a manager or coach to help a team achieve a specific goal. The plan is designed to take into account the strengths and weaknesses of both the team and the opposition, as well as the specific game situation.

There are a number of factors that go into making a game plan, including the following:

– The style of play: What style of play do you want your team to adopt? Do you want to play an attacking style or a more conservative, defensive style?

Once you have considered all of these factors, you can begin to devise your game plan. But it’s important to remember that no two games are the same and that the game plan is not set in stone. It should be flexible and able to be adapted as the game unfolds.

There are a number of different coaching styles that can impact the outcome of a game. The two most common are defensive and offensive.

Defensive coaches typically focus on keeping the opposition from scoring. Their goal is to protect the lead and grind out a win.

Offensive coaches, on the other hand, focus on scoring goals. Their goal is to attack the opposition and try to score as many goals as possible.

So there you have it! Now you know a little bit more about the process of making a game plan and some of the factors that go into it. Next time you’re watching a football game, pay attention to the strategies the coaches are using. You might just learn something new about how football managers make game plans?